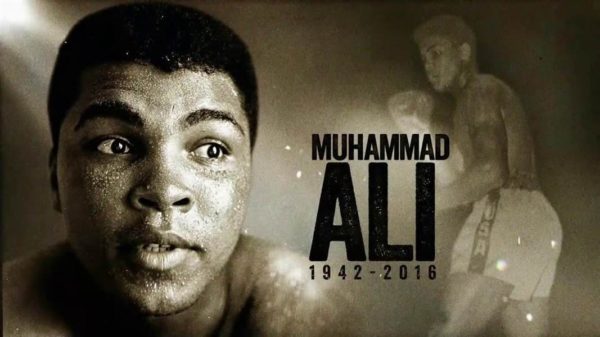 Understanding Chakras and Energy through the Life of Muhammad Ali

Before this incredible Man finally left the ring he lived a courageous life, he inspired, motivated and touched so many people in so many ways, worldwide, despite adversity, hatred, ugliness; through discipline, determination, inner power and with the greatest integrity, FAITH and LOVE. Muhammad Ali demonstrated for all to see how to float like a butterfly and sting like a bee – The GREATEST!!

Muhammad Ali was a Great Man who lived his life on Purpose, with Passion, in Peace. He demonstrated congruence, integrity and alignment. I believe these are some of the qualities that made him great. There is much we can learn spiritually from his example. Alignment is about energy and how we use or abuse this powerful resource. Muhammad Ali learnt how to use his Energy in a way that made him ‘The Greatest!’. He determined that! He programmed his own destiny of greatness with his thoughts, words and actions.

What can we learn from understanding how Muhammad Ali used his
Chakras and Personal Energy Resources to become Great?
Powerful Coaching  Questions we can all ask ourselves.

Muhammad Ali Quote “The man who has no imagination has no wings.”

Muhammad Ali Quote “I am the greatest, I said that even before I knew I was.”

Muhammad Ali Quote “Service to others is the rent you pay for your room here on earth.”

Muhammad Ali Quote: “I ain’t got no quarrel with the VietCong. No Vietnamese ever called me nigger.”

Muhammad Ali Quote “It’s hard to be humble when you’re as great as I am.”

Muhammad Ali Quote “I know where I’m going and I know the truth, and I don’t have to be what you want me to be. I’m free to be what I want.”

I trust you have resonated with this tribute and teaching. As I say on the energy based Wellness Coach Training I run, Energy is Everything. When we learn to manage our personal Energy resources and come into greater alignment with ourselves, those around us and the world, Our Energy is Boosted and like the Champion Muhammad Ali we can live a life of Purpose, Passion and Peace and claim Health, Happiness and Success.

I will close using the words of the Great Man himself, two Muhammad Ali Quotes that I Love, to me they express Transformation, Balance and Alignment of Personal Energy, Greatness and Inner Power.

Muhammad Ali Quote “When will they ever have another fighter who writes poems, predicts rounds, beats everybody, makes people laugh, makes people cry, and is as tall and extra pretty as me? In the history of the world and from the beginning of time, there’s never been another fighter like me. I am the greatest.”

With all the odds stacked against him Muhammad Ali became what he Proclaimed.
A Legend, The Greatest Sportsman that ever lived. A Prophet among Men.

And my final Coaching Question to you: What needs to happen for you to step into and claim your Greatness?

Muhammad Ali as you hang up your fighting gloves and leave the ring forever, may you rest in Eternal, Peace, Love and Power!
Thank you for going the extra mile. Thank you for Being The Greatest!

Visit energy4lifecoach.com For your Free E-course on Creating More Energy, Ease and Excellence in your life and work

Award winning Wellness Coach, Speaker and Author. Shola supports people to get their Energy back and Life on track!  Shola is the Founder/Director of the popular Energy 4 Life Wellness Coach Training and has appeared on radio and TV worldwide. To find out more about, Shola’s books, Wellness Coaching and training programmes and to receive your Free 7-day E-mail-course on Creating More Energy, Ease and Excellence in your life and work visit: energy4lifecoach.com and sign up.

Be the Change and Lead the Change!
Supporting your Personal and Professional EVOLution

You have Successfully Subscribed!